The Mimir Chamber Music Festival is proud to announce a distinguished lineup of 11 guest artists for its 20th Anniversary season, June 26-July 7, 2017 that includes some familiar faces along with the return of one of its well-known artists and two newcomers. Performances will be held at PepsiCo Recital Hall on the campus of Texas Christian University, with a matinee concert at the Kimbell Art Museum’s Renzo Piano Pavilion.

Nationally recognized as a leading summer music series and teaching workshop, Mimir presents an intensive 12-day immersion in chamber music performance and instruction by some of North America’s most renowned professional musicians. Mimir Artists are selected not only for their superb performance skills, but also for their ability to teach three pre-formed groups who have been selected by international audition for participation. Five uniquely exciting and provocative musical performances will be given during the festival by the professionals, with two concerts presented by Mimir Emerging Artists. 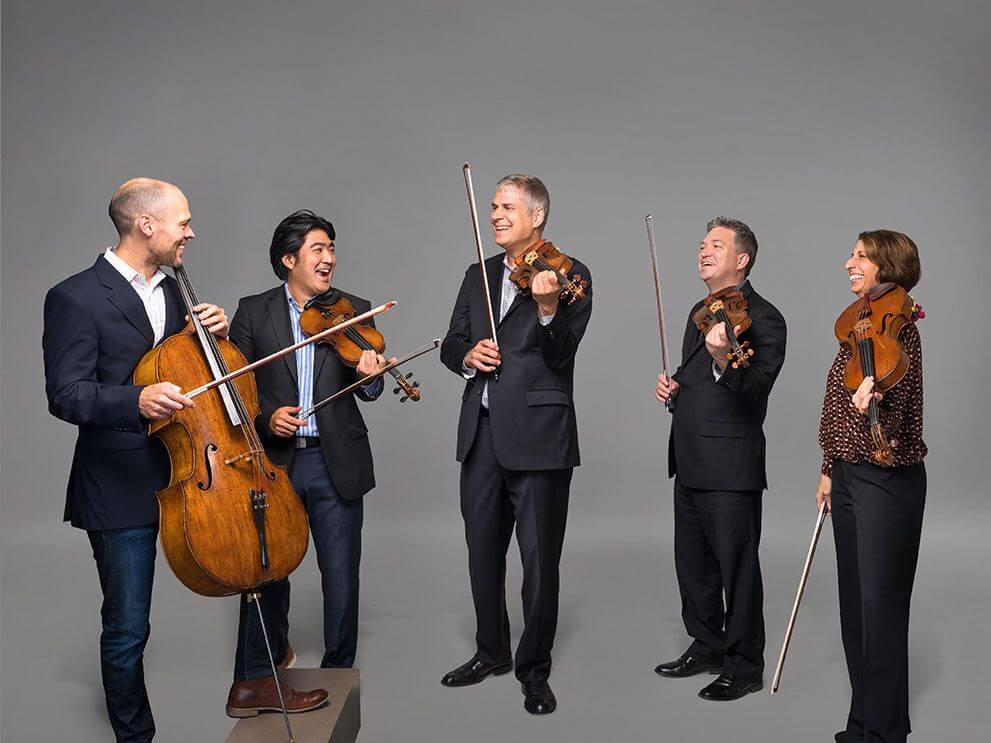 Rieko Aizawa (piano) is making her Mimir debut. A graduate of The Juilliard School and the Curtis Institute of Music, where she was awarded the prestigious Rachmaninoff Prize, she has performed in solo and orchestral engagements throughout North America and Europe. She been a guest artist of the Boston, Philadelphia and Seattle Chamber Music Societies, and has appeared in numerous festivals. She is a founding member of Horszowski Trio and prize-winning Duo Prism. A Steinway Artist, she became an artistic director of the Alpenglow Chamber Music Festival in Colorado in 2010, and is on the faculty at Longy School of Music of Bard College.

Joan DerHovsepian (viola) returns for her third year. She is Associate Principal Viola of the Houston Symphony Orchestra, and is an Artist Teacher of Viola at Rice University's Shepherd School of Music. She spends her summers in Wyoming performing with the Grand Teton Music Festival and in Wisconsin as Principal Viola of the Peninsula Music Festival.

Kirsten Docter (viola) returns after an absence over the past two seasons. She is the first prize winner of the Primrose International Viola Competition and a member of Cavani String Quartet, winner of the Naumburg Chamber Music Award. The quartet maintains a residency at the Cleveland Institute of Music. She is a member of the viola and chamber music faculties at the Cleveland Institute. She is also a member of the faculty at the Oberlin College Conservatory of Music.

Jun Iwasaki (violin) serves as concertmaster of the Nashville Symphony since his appointment in 2011. He previously served as concertmaster with the Oregon Symphony (2007) and with the Canton Symphony Orchestra (2005-2007). A graduate of the Cleveland Institute of Music's prestigious Concertmaster Academy, he has been hailed for his combination of dazzling technique and lyrical musicianship.

Jennifer Corning Lucio (oboe) is also making her Mimir debut. She is the Principal Oboist of the Fort Worth Symphony Orchestra, has served as guest principal of the Baltimore and Seattle Symphonies, and appeared as principal oboist on PBS Live from Lincoln Center. She is a graduate of The Julliard School and Cleveland Institute of Music.

Jesse Mills (violin) makes his second Mimir appearance in 2017. The two-time Grammy nominated violinist graduated from The Julliard School of Music. He has performed throughout North America in concert halls and music festivals and in London, Paris, Amsterdam, Milan and Brussels. He is co-founder of Horszowski Trio and prize-winning Duo Prism with fellow Mimir artist Rieko Aizawa. With Ms. Aizawa, he became co-artistic director of the Alpenglow Chamber Music Festival in Colorado in 2010. He is also on the faculty at Longy School of Music of Bard College.

John Novacek (piano) is a Grammy-nominated musician who regularly tours the world as a solo recitalist, chamber musician and concerto soloist. He has recorded more than 30 CDs. He is a much sought-after collaborative artist and has performed with Joshua Bell, Matt Haimovitz, Leila Josefowicz, Cho-Liang Lin, Yo-Yo Ma, Truls Mork, Elmar Oliveira and Emmanuel Pahud.

Stephen Rose (violin) is the Principal Second Violinist of the Cleveland Orchestra and serves on the faculty of the Cleveland Institute of Music. He also serves on the faculty of Kent/Blossom Music, The National Orchestral Institute and The New World Symphony. He is a featured artist in festivals world-wide, appearing as a soloist and in chamber music concert performances.

Curt Thompson (violin) is the founding director of Mimir and was appointed Head of Strings at the Melbourne Conservatorium of Music in 2012. Previously, he was associate professor of violin at the TCU School of Music. Thompson has performed as soloist, recitalist and chamber musician on five continents, and is the former concertmaster of the Corpus Christi and San Angelo Symphonies, the Texas Chamber Orchestra, and has served as concertmaster of the Fort Worth Symphony Orchestra (by special invitation).

Nicholoas Tsolainos (double bass) will make his second Mimir appearance for a rare performance of the Ralph Vaughan-Williams Quintet for piano and strings. He joined the Dallas Symphony Orchestra in 1995, and was appointed Principal Bass in 1999. He has performed with the Boston Symphony, and has appeared in the Tanglewood, Bravo!, Grand Teton, Vail, Lake George Opera and Music in the Mountains festivals.