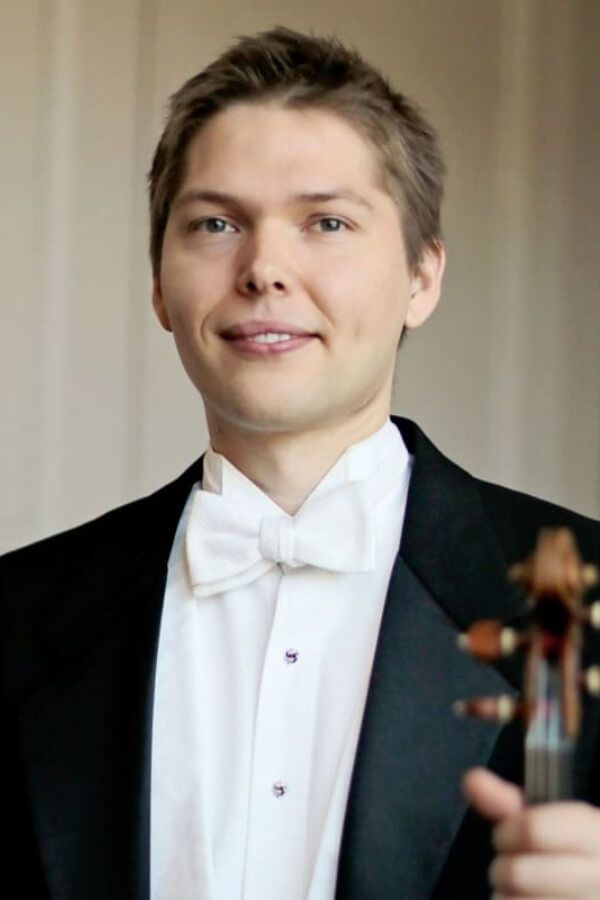 Will Haapaniemi is proud to have attended Mimir festival in the summer of 2008. A graduate of New World Symphony in 2010, Will joined Kansas City Symphony in 2012, and finally Detroit Symphony Orchestra in 2014 alongside his wife and violinist Heidi Han. Will wanted to be a violinist from the time he was little more than 2 years old, when he saw Itzhak Perlman play on Sesame Street. Many other interests competed with practice time–some of his favorites being the martial art Capoeira, dance, and training for his glider pilot license.

Much is owed to Will’s master violin teachers, Yoko Takebe and Michael Gilbert of the New York Philharmonic while Will attended Manhattan School of Music. In high school, Will was fortunate to study with Mark Kaplan, and fondly remembers lessons with Ruggiero Ricci in his home in Palm Springs. Also of great influence was Will’s cousin Paul Roby of the Philadelphia Orchestra; and his aunt Linda Grace, whose tireless support encouraged him to be the musician he is today. Plus, without the phenomenal support of Will’s parents, none of this would have been possible.

Will is active as a soloist and chamber musician, occasionally throwing viola into the mix. An avid outdoorsman, he hikes at every opportunity, and pays homage to his Finnish heritage by skiing during the winter.