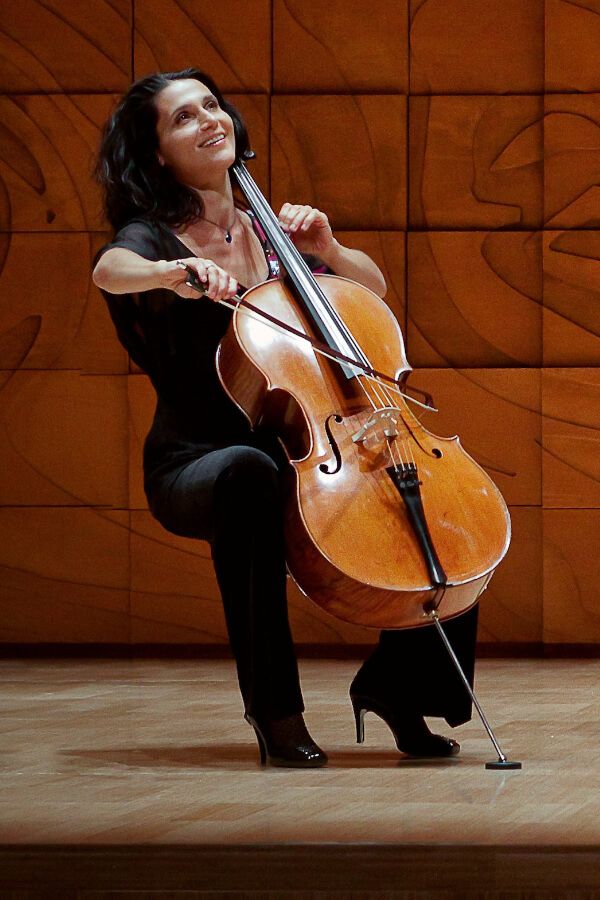 Svetlana Bogosavljevic studied at the prestigious Special High School of the Tchaikovsky Conservatorium of Music, Moscow, the Peabody Conservatorium, Baltimore, and the Cologne Hochschule of Music where she graduated with a Soloists Diploma.

An avid chamber musician she appeared throughout Australia and New Zealand, along with performances at the KotorArt Festival in Montengro and the Novi Sad summer music series. In 2010 she appeared in Serbia with pianist Rita Kinka at the Novi Sad summer music concerts along with performances in Belgrade and on Serbian National television with pianist, Vladimir Milosevic. In 2012 she presented a recital and masterclass at the Belgrade International Cellofest.

Her performances are broadcast regularly on Australian radio and television along with the world-wide-web. She has held the position as Associate Principal Cello with the Rheinische Filharmonie, also appearing regularly with a wide range of ensembles including the Sydney Symphony Orchestra, the Melbourne Symphony Orchestra, guest Principal Cello with Orchestra Victoria, the La Roche Quartet, the Prometheus Quartet, the Cologne Cello Sextet, the Cologne Chamber Orchestra, the Singapore Symphony Orchestra, the Tippet Ensemble, the Arcadia Ensemble, Bamberger Symphoniker and the North German Radio Orchestra. She has performed at festivals such as the Melbourne International Festival, Kowmung Music Festival, Camden Haven Music Festival, the Dubrovnik Festival, the Belgrade festival and Musik Triennale, Cologne.

Svetlana teaches cello and chamber music at the Sir Zelman Cowen School of Music, Monash University. She plays on a Joseph Panormo of London Cello from 1812.