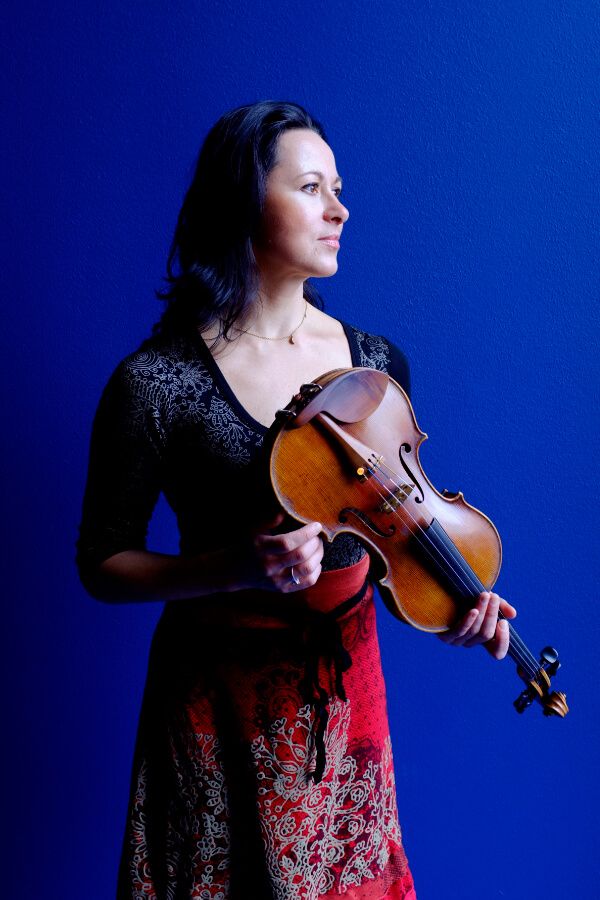 Violinist Oksana Murashova Thompson enjoys a varied career of orchestral, chamber and solo performance. She also has engaged in extensive teaching at high school and tertiary levels, including current appointments at the University of Melbourne Conservatorium of Music and the University of North Texas College of Music, where she was a teaching fellow.

Before migrating to the United States she was a member of the Latvian Youth Orchestra, which later became Kremerata Baltica. As a member of Larose String Quartet, she performed in tours of China and the United States. Festival appearances include the American Institute of Musical Studies Orchestra (Graz, Austria), the Mimir Chamber Music Festival (Fort Worth, TX) and the Missouri Symphony Orchestra Festival (Columbia, MO).

Oksana earned her Bachelor’s degree from Daugavpils University (Latvia) and a Master of Music in Violin Performance from the University of North Texas College of Music (USA). Her principal teachers were Julia Bushkova and Emanuel Borok.

After moving to Australia in 2012, with her husband violinist Curt Thompson, she is currently playing with the Melbourne Symphony, teaching the violin and enjoys raising their two sons William and Julian.