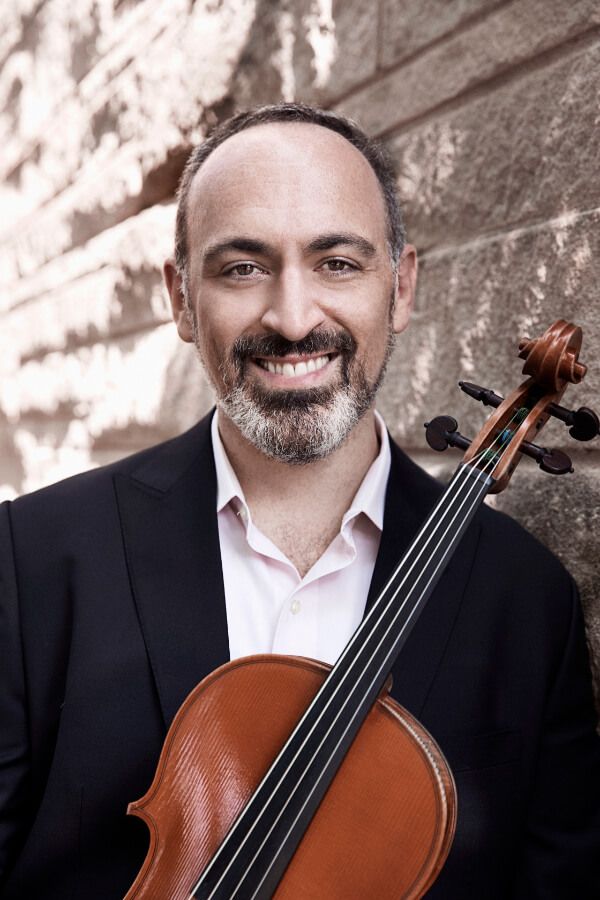 Violist Mark Holloway is a chamber musician sought after in the United States and abroad. He is a member of the Pacifica Quartet, in-residence at the Jacobs School of Music at Indiana University Bloomington, where he is a member of the faculty. An artist of the Chamber Music Society of Lincoln Center, he has appeared at prestigious festivals and series such as Marlboro, Music@Menlo, Ravinia, Caramoor, Banff, Taos, Music from Angel Fire, Mainly Mozart, Alpenglow, Plush, Whittington, Olympic, Concordia Chamber Players, Kon-Tiki, Bay Chamber Concerts, and with the Boston Chamber Music Society. Performances have taken him to such far-flung places as Chile and Greenland, and he plays regularly at chamber music festivals in France, Musikdorf Ernen in Switzerland, and at the International Musicians Seminar in Prussia Cove, England. He has frequently appeared as a guest with the New York Philharmonic, Orpheus, and the Metropolitan Opera orchestras. Mr. Holloway has been principal violist at Tanglewood and of the New York String Orchestra, and he has played as a guest with the Boston Symphony and guest principal of the American Symphony, Riverside Symphony, Chamber Orchestra of Philadelphia, Camerata Bern, American Ballet Theatre Orchestra, and St. Paul Chamber Orchestra. He has performed at Bargemusic, the 92nd Street Y, the Casals Festival in Puerto Rico, Tertulia, the Cartagena International Music Festival, with the Israeli Chamber Project, Chameleon Arts Ensemble, NOVUS NY, Emerald City Music, and on radio and television throughout the Americas and Europe, most recently a Live From Lincoln Center broadcast. Hailed as an "outstanding violist" by American Record Guide, and praised by Zürich's Neue Zürcher Zeitung for his "warmth and intimacy," he has recorded for the Marlboro Recording Society, CMS Live, Music@Menlo LIVE, Naxos, and Albany labels. Mr. Holloway was a student of Michelle LaCourse at Boston University, where he received his B.M. Summa cum laude, and he received his Diploma from the Curtis Institute of Music as a student of Michael Tree.