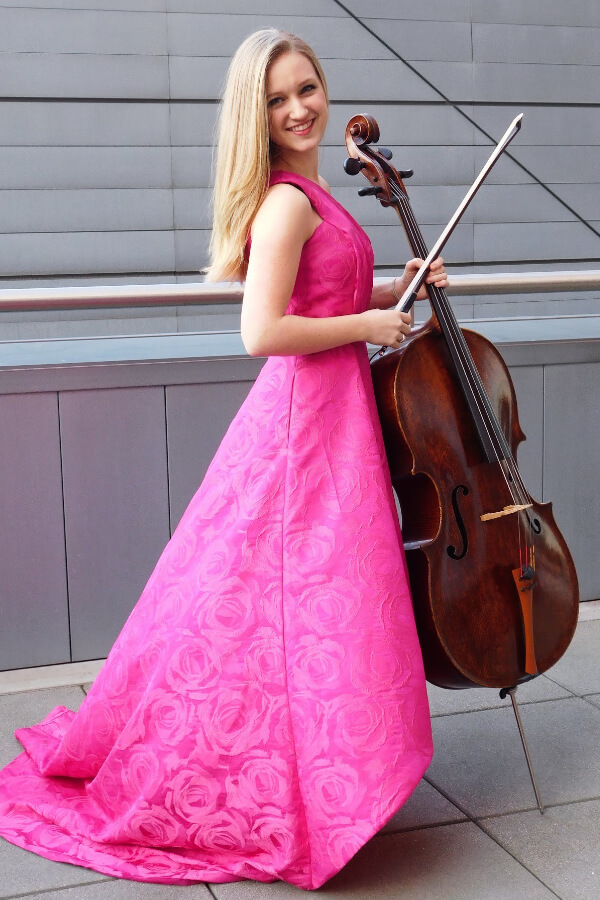 Cellist Karissa Shivone joined the Pittsburgh Symphony Orchestra during the 2016-2017 season at age 21. She comes to Pennsylvania most recently from Southern California, where she enjoyed performing regularly with the Los Angeles Philharmonic as a substitute cellist under the baton of Gustavo Dudamel, Semyon Bychkov, Leonard Slatkin, and John Williams. Originally from Seattle, Shivone made her solo debut at age 15 performing with Gerard Schwarz and the Seattle Symphony as a winner of the Seattle Symphony Orchestra Young Artist Audition. Subsequently, she appeared as soloist with both the Colburn Orchestra at Zipper Hall and the Wallis Annenberg Center for the Performing Arts in Beverly Hills, and with the Philharmonia Northwest.

Shivone received her Bachelor of Music degree from the Colburn Conservatory of Music with Mr. Ronald Leonard. She began her studies at age 7 with Leslie Marckx, and she has worked with renowned cellists Steven Isserlis, Efe Baltacigil, Raymond Davis, Meeka Quan-diLorenzo, Johannes Moser, Desmond Hoebig, and Richard Aaron.