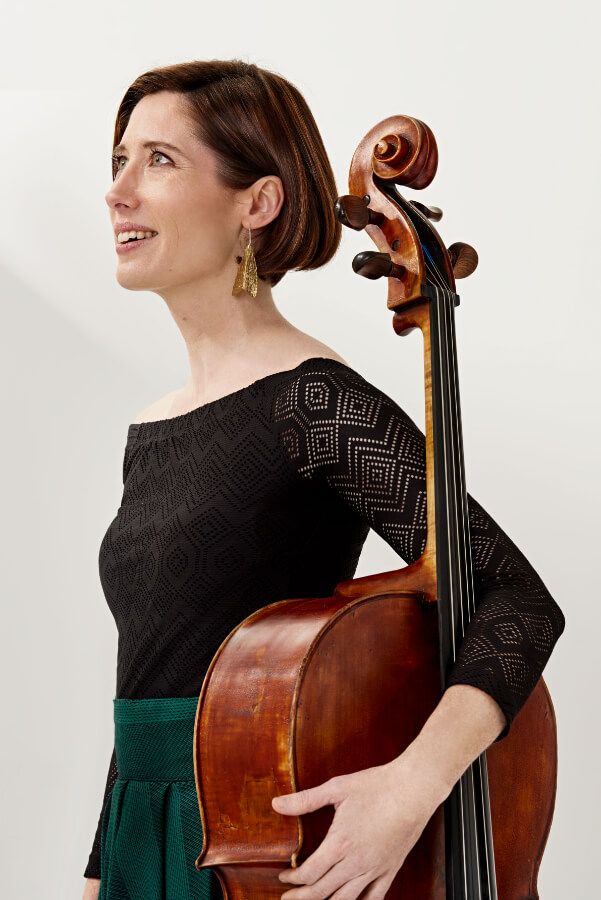 Josephine Vains is a versatile and engaging performer, heard regularly in concert around Australia and overseas as a cellist and chamber musician. She has worked with myriad artists on diverse projects including piano trio / quartet / quintet, string quartet, opera, baroque ensembles, contemporary and electronic music, and Argentine tango music. She is a passionate educator, currently training the next generation of musicians at Victorian College of the Arts Secondary School and the Melbourne Conservatorium of Music at the University of Melbourne. She is a regular tutor for Melbourne and Australian Youth Orchestra, Mt. Buller Chamber Music, Clunes Music and for iartschool (China).

Other enjoyable collaborations include performing with The Music Project for Merce Cunningham Dance Company, Gurrumul, Burt Bacharach, recordings with Katie Noonan including 'Fierce Hearts’ and 'Songbook', as Principal cello during Melbourne's Ring Cycle and on period instruments, especially with fortepiano. Josephine features on a number of albums including; Royal Children's Hospital HUSH, ABC Classics, Resonus Classics, Tall Poppies, and has been reviewed in GRAMOPHON Magazine. She relishes the chance to work with living composers and exploring new techniques as well as recording for radio, film and television. In 2020 she was the winner of the Moreland Award for Arts and Culture for her contribution to community during Covid-19 lockdown with a series of Letterbox Concerts. She performs on a Thomas Kennedy Cello, 1850 (London) and a Thomas Dodd Cello, (1800) London.