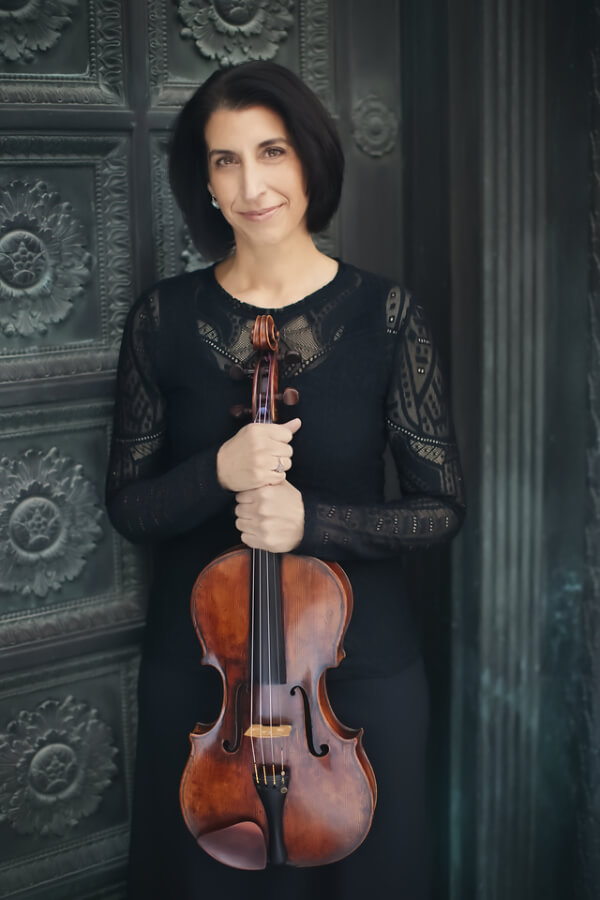 Joan DerHovsepian holds the position of Associate Principal Viola of the Houston Symphony Orchestra. She joined the viola section of the Houston Symphony in 1999, hired by Christoph Eschenbach, and began her current position with the HS in the fall of 2010. She is an Artist Teacher of Viola at Rice University’s Shepherd School of Music, instructing students in viola orchestral repertoire and chamber music. She has given master classes in the study of orchestral excerpts at the New England Conservatory and Baylor University, and has been a viola instructor for the New World Symphony.

Ms. DerHovsepian spends her summers in Wyoming performing with the Grand Teton Music Festival and in Wisconsin as Principal Viola of the Peninsula Music Festival. Her solo appearances with orchestras include performances of the viola concertos of Walton, Penderecki, Telemann, Mozart's Sinfonia Concertante and Harold in Italy by Berlioz.

Joan was the violist of the award winning Everest Quartet, top prize winners at the Banff International String Quartet Competition and the Fischoff Chamber Music Competition. In addition to their residence with the Midland-Odessa Symphony, the quartet presented concerts throughout North America and gave the world premiere of a work by composer Paul Schoenfeld.

Joan holds Bachelor and Master of Music degrees and the Performer's Certificate from the Eastman School of Music, studying with James Dunham of the Cleveland Quartet. She attended the Hochschule fur Musik in Freiburg, Germany, where she studied with Grammy-award winning violist Kim Kashkashian.