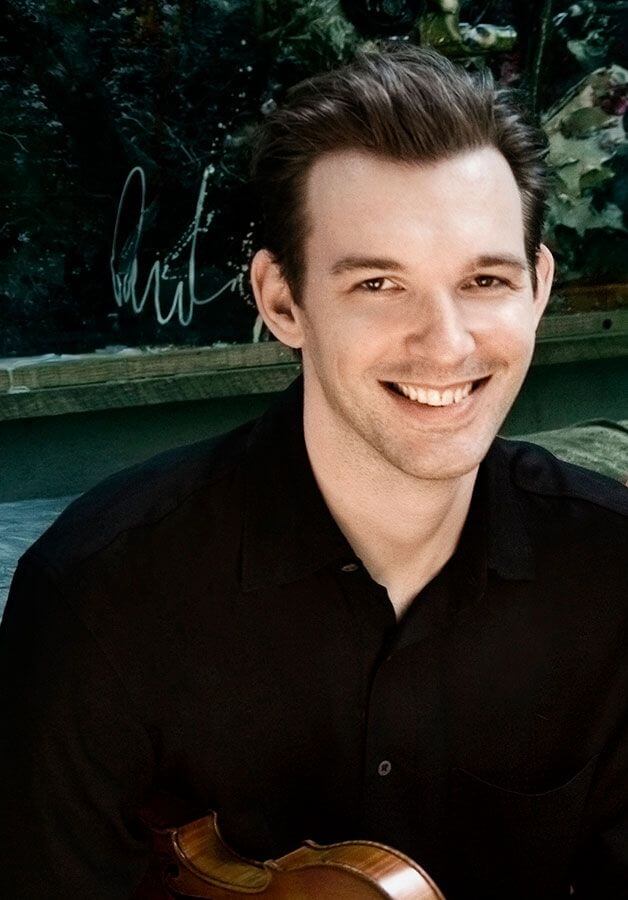 Two-time Grammy nominated violinist Jesse Mills enjoys performing music of many genres, from classical to contemporary, as well as composed and improvised music of his own invention.

Since his concerto debut at the Ravinia Festival in Chicago, Mr. Mills has performed throughout the U.S. and Canada. He has been a soloist with the Phoenix Symphony, the Colorado Symphony, the New Jersey Symphony, the Green Bay Symphony, Juilliard Chamber Orchestra, the Denver Philharmonic, the Teatro Argentino Orchestra (in Buenos Aires, Argentina), and the Aspen Music Festival's Sinfonia Orchestra.

As a chamber musician Jesse Mills has performed throughout the U.S. and Canada, including concerts at Lincoln Center's Alice Tully Hall, Carnegie Hall, the 92nd Street Y, the Metropolitan Museum, the Kennedy Center in Washington, DC, Boston's Gardener Museum, Chicagoâ€™s Ravinia Festival, and the Marlboro Music Festival. He has also appeared at prestigious venues in Europe, such as the Barbican Centre of London, La CitÃ© de la Musique in Paris, Amsterdamâ€™s Royal CarrÃ© Theatre, Teatro Arcimboldi in Milan, and the Palais des Beaux Arts in Brussels. Mills is co-founder of Horszowski Trio and Duo Prism, a violin-piano duo with Rieko Aizawa, which earned 1st Prize at the Zinetti International Competition in Italy in 2006. With Ms. Aizawa, Mills became co-artistic director of the Alpenglow Chamber Music Festival in Colorado in 2010.

Mills is also known as a pioneer of contemporary works, a renowned improvisational artist, as well as a composer. He earned Grammy nominations for his performances of Arnold Schoenberg's music, released by NAXOS in 2005 and 2010. He can also be heard on the Koch, Centaur, Tzadik, Max Jazz and Verve labels for various compositions of Webern, Schoenberg, Zorn, Wuorinen, and others. As a member of the FLUX Quartet from 2001-2003, Mills performed music composed during the last 50 years, in addition to frequent world premieres. As a composer and arranger, Mills has been commissioned by venues including Columbia Universityâ€™s Miller Theater, the Chamber Music Northwest festival in Portland, OR and the Bargemusic in NYC.

Jesse Mills began violin studies at the age of three. He graduated with a Bachelor of Music degree from The Juilliard School in 2001. He studied with Dorothy DeLay, Robert Mann and Itzhak Perlman. Mr. Mills lives in New York City, and he is on the faculty at Longy School of Music of Bard College and at New York University. In 2010 the Third Street Music School Settlement in NYC honored him with the â€˜Rising Star Awardâ€™ for musical achievement.