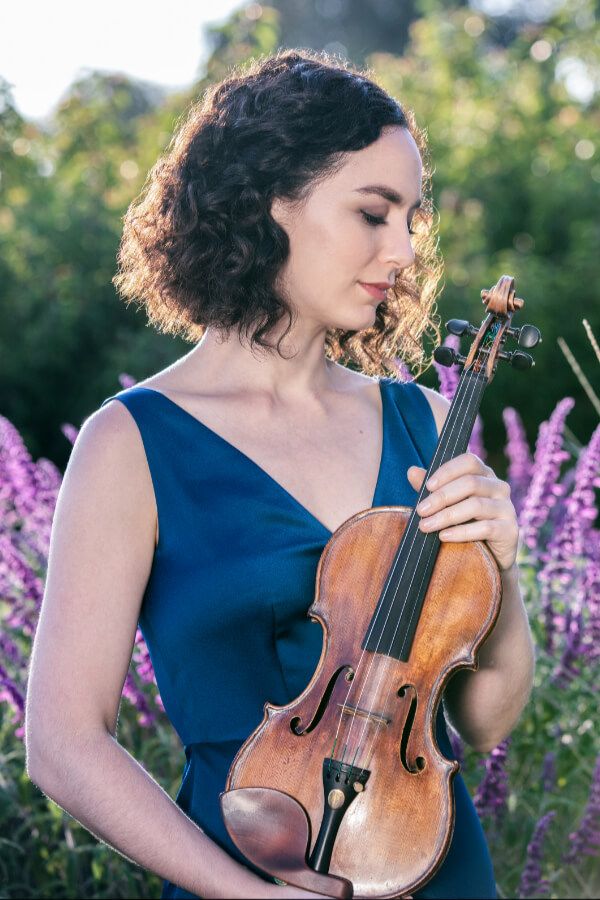 Described by critics as “scintillating” and celebrated for her “rich, expressive playing” (MusicalAmerica), violinist Francesca dePasquale is the First Prize winner of the 2010 Irving M. Klein International String Competition and recipient of the prestigious 2014-2016 career grant from the Leonore Annenberg Fellowship Fund for the Performing and Visual Arts. Earning her the 2015 Classical Recording Foundation Young Artist Award, her self-titled debut album released in March of 2016 encompasses works that scope from Bach to a new commission from composer Paola Prestini for violin and electronics. For the album and accompanying recital tour, Francesca was praised for “sincerity, intensity” and “individual voice” (Philadelphia Inquirer), and “immaculate and discreet phrasing” (Strad Magazine). Additionally, she was featured in Strings magazine and on SiriusXM, WNYC, WQXR, WRTI (Philadelphia), and WFMT (Chicago).

Since her debut as soloist at age 9 touring Spain with the Main Line Chamber Orchestra, Francesca has appeared as soloist with numerous orchestras, including the Gustav Mahler Orchestra, the Bach Festival of Philadelphia, Colburn Orchestra, Galesburg Symphony, Peninsula Symphony, and Santa Cruz Symphony. As recitalist, she has collaborated with artists Meng-Chieh Liu, Natalie Zhu, John Root, and Reiko Uchida on series such as the Philadelphia Chamber Music Society, National Sawdust, Rutgers University, the University of Pennsylvania, California Music Center, and the Perlman Music Program.

Francesca is a member of the violin faculty at Oberlin Conservatory of Music as well as violin faculty for the Juilliard School Pre-College Program. Additionally, she is a member of the violin faculty at the Heifetz International Music Institute and its Program for the Exceptionally Gifted. Previously, Francesca served as the Starling Fellow teaching assistant to Itzhak Perlman from 2013-2016 and teaching assistant to Catherine Cho from 2013-2018 at the Juilliard School, as well as Visiting Assistant Professor at Oberlin Conservatory of Music during the Fall of 2018. A graduate of the Juilliard and Colburn Schools, Francesca studied with Itzhak Perlman, Catherine Cho, and Robert Lipsett. Previous teachers include Hirono Oka and William dePasquale, with additional mentorship from Norman Carol and Arnold Steinhardt.Â Francesca performs on a 1968 Sergio Peresson violin and a Jean “Grand” Adam bow. Please visit http://francescadepasquale.com for more information.