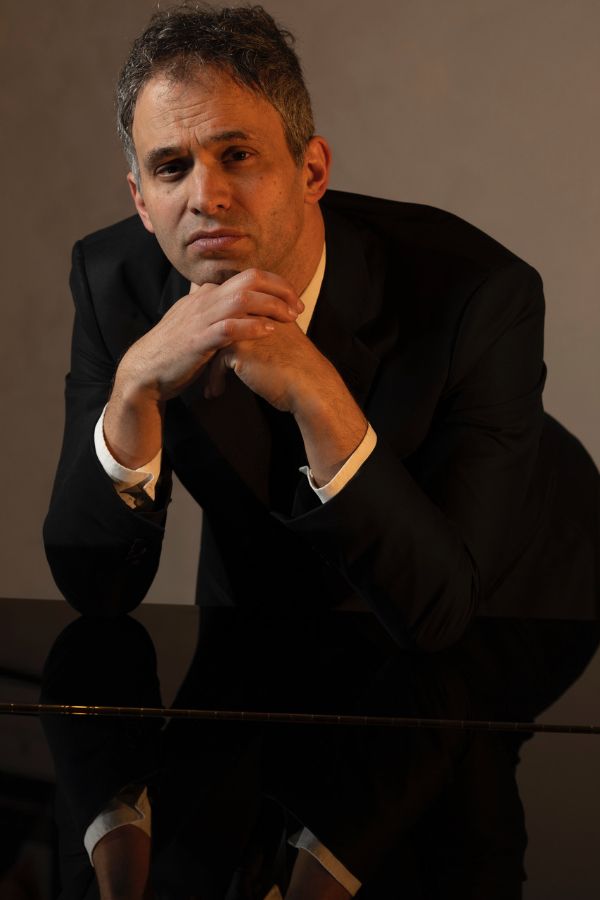 Ever since the great American pianist John Browning said of him “Reminds me of the young Horowitz”, pianist-composer Benjamin Martin has become known as an artist of exceptional intensity and subtlety of expression. He has been described as ‘the consummate artist’ (The Age), and as a composer, ‘distinctive... arresting in style’ (New York Times).

His formal musical training began at the Victorian College of the Arts where he studied with Alexander Semetsky and Stephen McIntyre. At The Juilliard he was a pupil of John Browning.

Benjamin has appeared regularly with the Australian Chamber Orchestra, and performed with artists such as Joshua Bell, Alina Ibragimova, Pekka Kuusisto, Richard Tognetti, and Hartmut Lindemann. As a chamber musician Benjamin has recorded for Chandos, Tacet Records (Stuttgart), Melba Recordings, and BIS. In 2014, he released his debut solo album for Melba Recordings featuring 20th Century English music, which was described as "shattering...compelling" by Richard Adams, director of The Arnold Bax Society.

On the composing side, Benjamin's career was launched when John Browning gave the World Premiere of his Three Portrait Etudes in 1993 at The Alice Tully Hall, NY. Martin's Triple-Concerto Trinitas was highly praised by Murray Perahia, who attended the premiere given by the Melbourne Chamber Orchestra (MCO) at the MRC in 2013. The MCO also premiered Benjamin’s Passepied in April 2018.

Benjamin is Jury Chairman for The Melbourne International Youth Competition since 2015, held annually at the BMW Edge, is currently pianist for Firebird Trio, and has been on the piano teaching staff at The University of Melbourne since 1998.