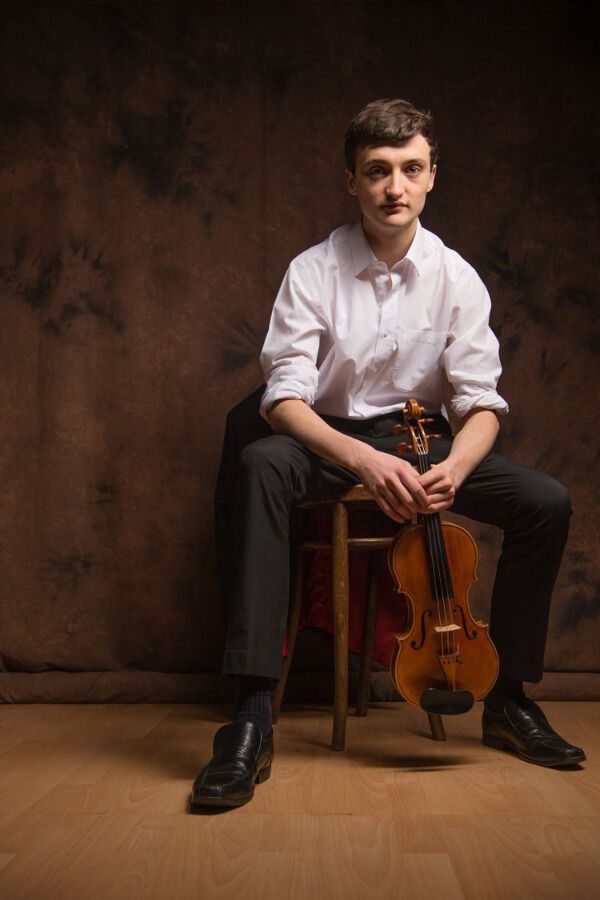 Thomas Mathias is a Welsh violinist currently studying at Indiana University with Mauricio Fuks. Recently named a winner of the Royal Philharmonic Society’s ‘Julius Isserlis’ Scholarship for overseas’ study, Thomas graduated with Master’s distinction from the Royal Academy of Music, where he was awarded the prestigious ABRSM scholarship along with a DipRAM for outstanding performance. Thomas has played at festivals such as the Heifetz Institute, Cambridge Violin Academy, and the Orford Academy. He has played in masterclasses with James Ehnes, Kolja Blacher, Ilya Kaler, Ning Feng, and Elmar Oliveira.

Thomas has been broadcast live as a soloist on S4C and BBC Radio Cymru on many occasions. Orchestrally, Thomas has toured Europe and the Middle East, performing with the BBC Philharmonic, Bournemouth Symphony, London Sinfonietta, Sinfonia Cymru, and the London Symphony Academy.

Thomas has performed chamber music alongside Lawrence Power, Tom Poster, Maya Iwabuchi, and members of the Berlin Philharmonic, National Orchestra of France, and RSNO. The Mathias Trio were featured artists in the Masterclass Media Foundation and The Strad magazine. Thomas has appeared on Classic FM with his Classical/Film group 8Strings.