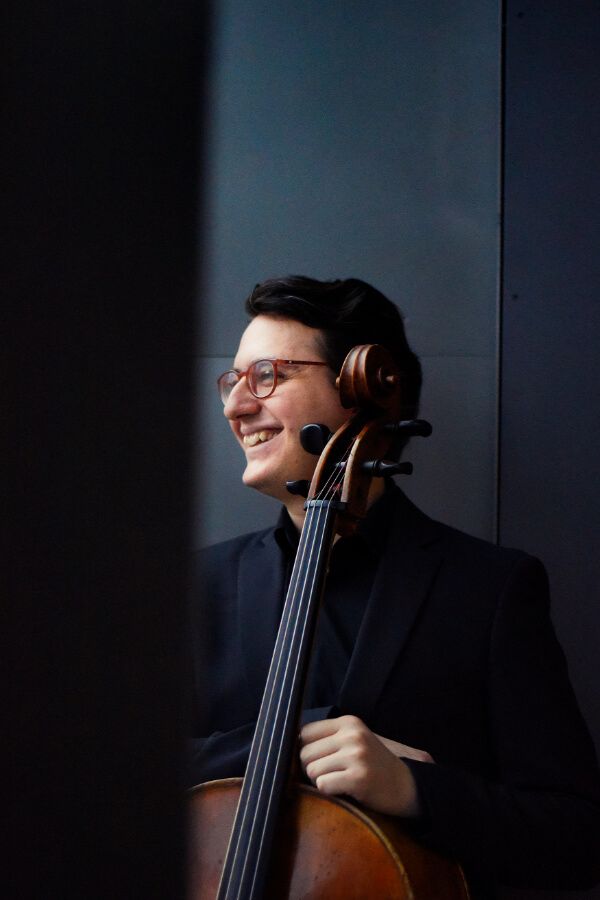 Stergios Theodoridis was born in 1991 in Thessaloniki, Greece. He began his studies in cello at the age of 7, under the guidance of Zoran Stepic, with whom he remained as a student until his diploma in 2011. In 2002 he was awarded a special prize in the competition of the Alumni of the conservatories of northern Greece foundation. In 2010 he received a third prize in the competition Jugend Musiziert in Lübeck, Germany, in the category violoncello solo. In 2011 he graduated from the Conservatory of Northern Greece with a diploma. From 2014 to 2021 he studied in Sibelius Academy in Helsinki, Finland, graduating with a Bachelor’s and Master’s degree, in the classes of Raimo Sariola and Tuomas Ylinen respectively. He has participated in Masterclasses with globally acclaimed soloists such as Frans Helmerson, Wen-Sinn Yang, Andreas Brantelid, Jean-Jacques Kantorow. He has given solo and chamber music recitals in various European countries (Germany, Austria, Italy, Finland), as well as in Thessaloniki, Athens and Larisa in Greece. He has collaborated with orchestras such as the Estonian Sinfonietta, the Turku Philharmonic Orchestra as well as the Helsinki Philharmonic Orchestra. He is a founding member of the Erinys Quartet, an ensemble that participates in international competitions and is active in the Finnish classical music scene.