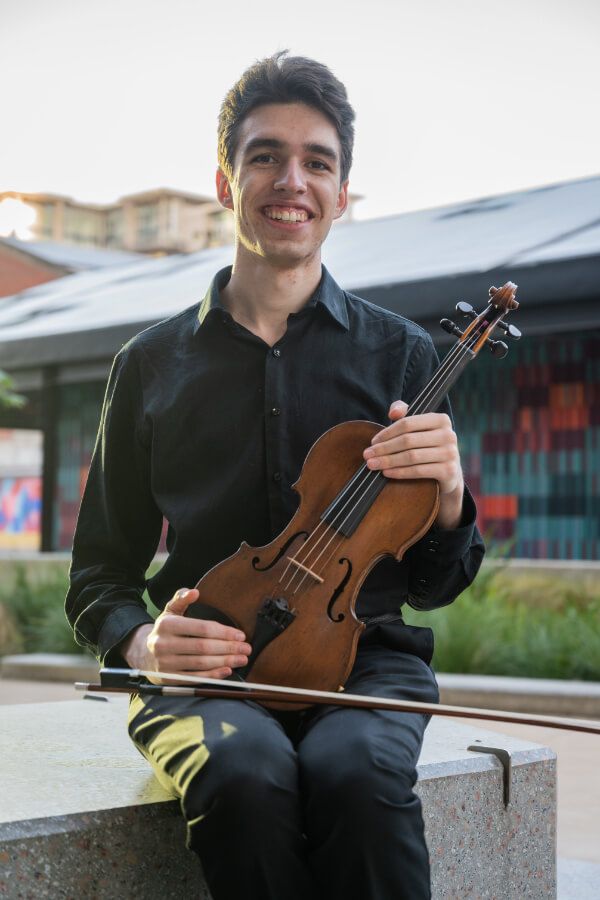 Born in Melbourne, Australia, Nick Miceli is a violinist in his fourth year of undergraduate study at The University of Melbourne. He is currently pursuing a Bachelor of Music (honours) degree under the tutelage of Dr Curt Thompson, and has studied in the past with teachers such as Sophie Rowell and Wilma Smith. A passionate musician with an interest in both chamber and orchestral performance, Nick was named concertmaster of the University of Melbourne Symphony Orchestra this year, having performed as principal second violin in 2021. Nick has also played with the Australian Youth Orchestra and was principal second violin of the Melbourne Youth Orchestra (MYO). With MYO, he was able to perform on tour with the Christchurch Symphony Orchestra in New Zealand. He has also participated in the Australian Youth Orchestra’s National Music Camp for many years as well their Young Symphonist program, festivals and workshops involving both chamber and orchestral mentorship.

As a chamber musician, Nick has been mentored on many occasions by members of the Australian Chamber Orchestra, and was part of the Australian Chamber Orchestra Academy for several years. Nick participated in Mimir Melbourne Festival in 2019, and has played with various string quartets as part of the String Ensemble program at the Melbourne Conservatorium of Music (MCM). Over the course of his degree, Nick has been the recipient of several awards from the university including the Judith Rodriguez Violin Scholarship, Brunner Prize for Violin and the Albert and Marie Diamant Scholarship. In 2021, Nick was invited to perform for the MCM Graduate Showcase.