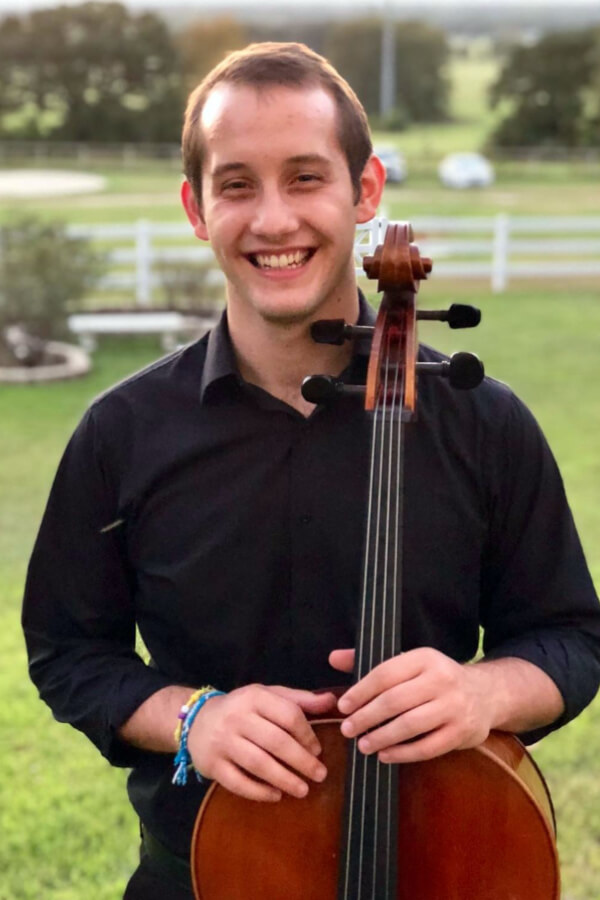 Manuel Papale was born in Buenos Aires, Argentina, and began his cello studies in Miami, Florida with Jason Calloway, cellist of the Amernet String Quartet. Manuel was awarded a full-tuition scholarship to pursue a Bachelor’s degree in Cello Performance at Texas Christian University under the tutelage of Dr. Jesús Castro-Balbi, where he graduated Magna Cum Laude in 2020. He is now pursuing a Master’s degree in Cello Performance at the Indiana University Jacobs School of Music in the studio of Emilio Colón, where he was awarded the Eva Heinitz Cello Scholarship Awar. During his undergrad, Manuel was a founding member of the Uproar and Cantilena string quartets dedicated to promoting the music of female and Latin American composers, respectively. He has studied and performed chamber music with members of the Pacifica, Cleveland, Borromeo, Miró, and Chiara string quartets. Recent festival appearances include the Brevard Summer Music Festival, Round Top Festival Institute, Josef Gingold Chamber Music Festival, and Vivac-e! Cello Festival where he was given the “New Music Award” for his performance of Krzysztof Penderecki’s Divertimento for Solo Cello.