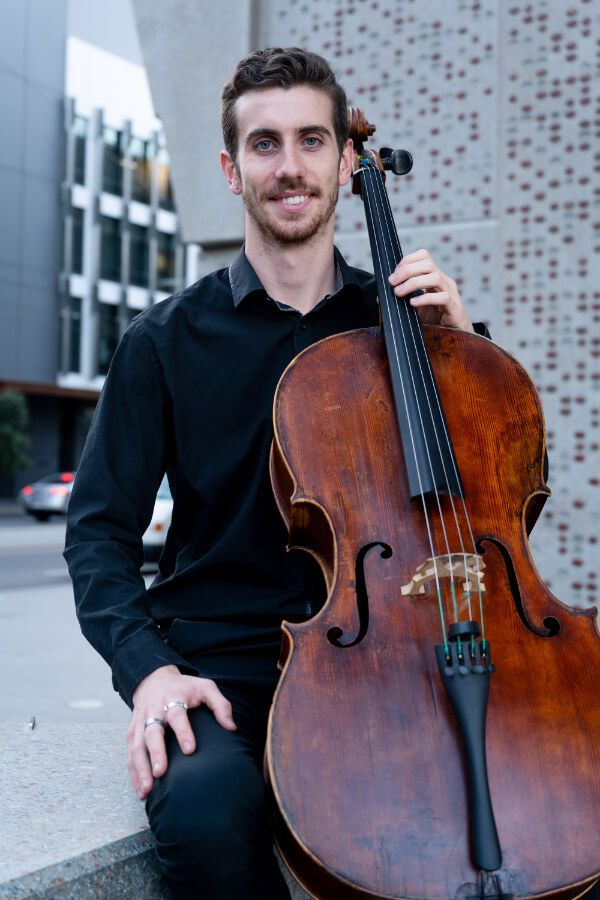 Although now based in Melbourne, Fergus is originally from Bega, a small country town on the South-East coast of New South Wales. He began his cello studies age 9 at Mumbulla School, a Steiner primary school that emphasised development of the arts and creativity. Each year since picking up the cello he has participated in the South Coast Music Camp, and in 2017 returning as a tutor to mentor the younger musicians. That same year he began studies with former Principal Cellist of the Australian Chamber Orchestra David Pereira in Canberra. This lasted for only one year, as in 2018 he was accepted into the Victorian College of the Arts Secondary School in Melbourne, where he completed the remaining two years of his secondary studies under the tutelage of Rosanne Hunt. In 2019 he enjoyed the role of Principal Cellist of the VCASS Symphony Orchestra, performing Dvorak’s 8th Symphony at the Melbourne Recital Centre, where he would return the next year to perform Debussy’s cello sonata at the Top Class Music event, a concert showcasing the highest scoring Year 12 musicians in the state.

Fergus is now in the third year of his Bachelor of Music Performance degree at the Melbourne Conservatorium of Music, under the teaching of Richard Narroway. He is passionate about chamber music, and also participates in the Conservatorium Symphony Orchestra where he is Principal Cellist. After graduating, Fergus plans to continue his studies with Masters and Doctorate degrees in the US, with the longterm aim of teaching at a tertiary institution and continuing to play chamber music.