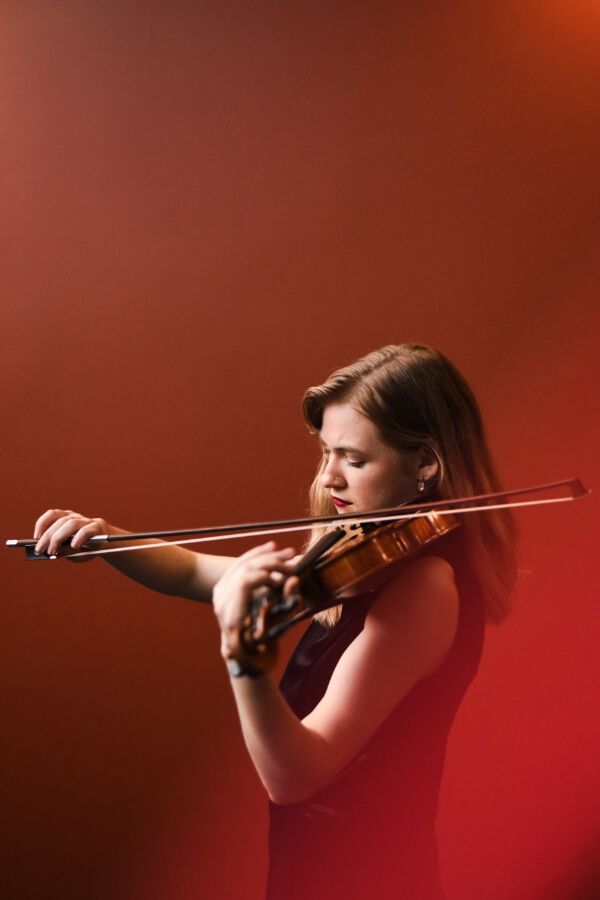 Elizabeth has been featured as a soloist with the Rochester Philharmonic Orchestra as well as the Sibelius Academy Symphony Orchestra and Kapubändi. She has also taken part in solo competitions in the United States and Austria and played in masterclasses for such musicians as Stefan Jackiw, Erich Höbarth, Martin Chalifour, Lewis Kaplan, Sándor Jávorkai, and others.

Elizabeth is a member of the Helsinki-based Erinys Quartet. She also traveled to Havana, Cuba with the Heilerin Quartet (Cleveland, OH) as part of Vermont Mozart Festival’s 2018 “La Ruta de Mozart” series. She has studied chamber music with members of the Cleveland and Cavani Quartets, as well as with Marko Ylönen and Teemu Kupiainen.

Most recently, Erinys Quartet took part in the 2021 Trondheim International Chamber Competition in Trondheim, Norway. With Erinys she has participated in Mimir Chamber Music Festival during the summers of 2020 and 2021 and played a series of concerts in Larisa and Kalabaka, Greece in August 2021.

Elizabeth began playing violin in Upstate New York and later continued her studies at the Cleveland Institute of Music where she earned a Bachelor of Music degree in 2018. She is currently pursuing a Master of Music at the Sibelius Academy in Helsinki and expects to graduate in 2022. Her primary teachers include Päivyt Meller, Joan Kwuon, David Updegraff, and Virginia Wensel.