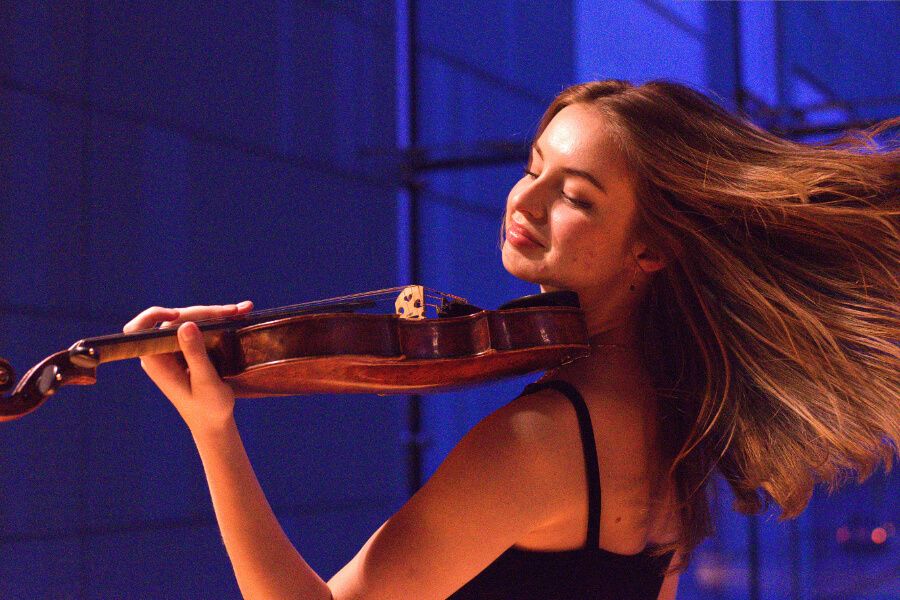 Marija Räisänen is a Lithuanian-Finnish violinist. She began her violin studies at the age of 5. From 2012-2017 she attended the Juozas Naujalis music gymnasium in Kaunas, studying with Milda Pupeliene. In the fall of 2017 she continued her violin studies in the Sibelius Academy in Helsinki, Finland, under the guidance of professor Reka Szilvay and currently is a student of lecturer Jakko Ilves. Marija has performed multiple times as a soloist with the Kaunas Juozas Naujalis music gymnasium orchestra, Vytautas Magnus University orchestra, as well as with the Kaunas Symphony Orchestra, under the baton of conductors such as Jonas Janulevičius, Vilmantas Kaliūnas, and Ričardas Šumila. She has been an active participant in masterclasses with world renowned musicians such as Jean-Jacques Kantorow, Anna-Liisa Bezrodny, Liza Wilson and more. Marija has also been a member of various music festivals and winner of multiple national and international competitions in Europe, such as Olimpo Musicale, Sonorum, Muzicejam kopa ar draugiem, B. Dvarionas Competition, and the R. Katilius Competition. In 2018 she was a part of Royal Concertgebouw Symphony Orchestra‘s “Side by Side” project and performed with the orchestra in Helsinki Music Center. In Summer 2019 Räisänen participated in the Turku Music Festival (Finland) as a part of Turku Philharmonic Orchestra under the baton of Klaus Mäkelä. In autumn 2019 she was selected by the Finnish Radio Symphony Orchestra to participate in their apprenticeship program.