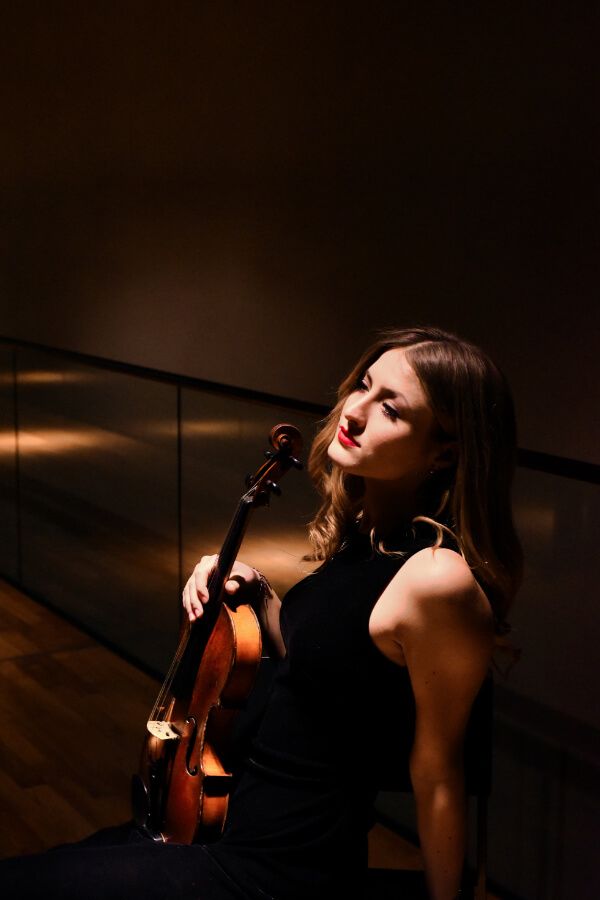 The Finnish Croatian violist, Aida Hadzajlic, was born and raised in Finland. She started her viola studies in the age of 7 in the East Helsinki Music Institute and studied under Tiina Konttinen for 13 years. Within the last 2 years with Konttinen she also had lessons with Pirkko Simojoki. Aida Hadzajlic then enrolled in the Sibelius Academy in the fall 2018 to continue her viola studies, Helge Valtonen as her teacher. Two years later, in the fall of 2020, she started studying under Lilli Maijala.

In the age of 9 she started playing chamber music and has played in many different kinds of chamber music ensembles ever since. She has studied chamber music under Tiina Konttinen, Liisa and Janne Malmivaara and Lauri Untamala. At the moment she is the violist in Erinys Quartet, which is under the guidance of a Finnish cellist Marko Ylönen. The quartet has also worked with respected Paavo Pohjola and Martti Rautio.

Aida Hadzajlic has participated in competitions and taken master-classes with very successful artists including Yuval Gotlibovich, Lilli Maijala, Sergey Malov, Antti Tikkanen and Ivan Vukcevic. She has played in high-class orchestras, conducted by Leif Segerstam, Klaus Mäkelä, Eva Ollikainen, Gerard Korsten and Sakari Oramo. Aida Hadzajlic has also had the privilege to collaborate and perform with Helsinki Sinfonietta and The Royal Concertgebouwn Orchestra. In the spring 2019 Aida took part in the modern opera Flash Flash which was created by Juhani Nuorvala and Juha Siltanen and was directed by successful Erik Söderblom.

Currently she is taking part in the Helsinki Chamber Orchestra and The Martin Wegelius Institute’s Chamber Orchestra. Aida is looking forward to perform in the summer 2021 with recognized artists including Petteri Iivonen, Jan Söderblom, Jaakko Ilves, Rémi Moingeon, Jussi Vähälä and Lilli Paasikivi.