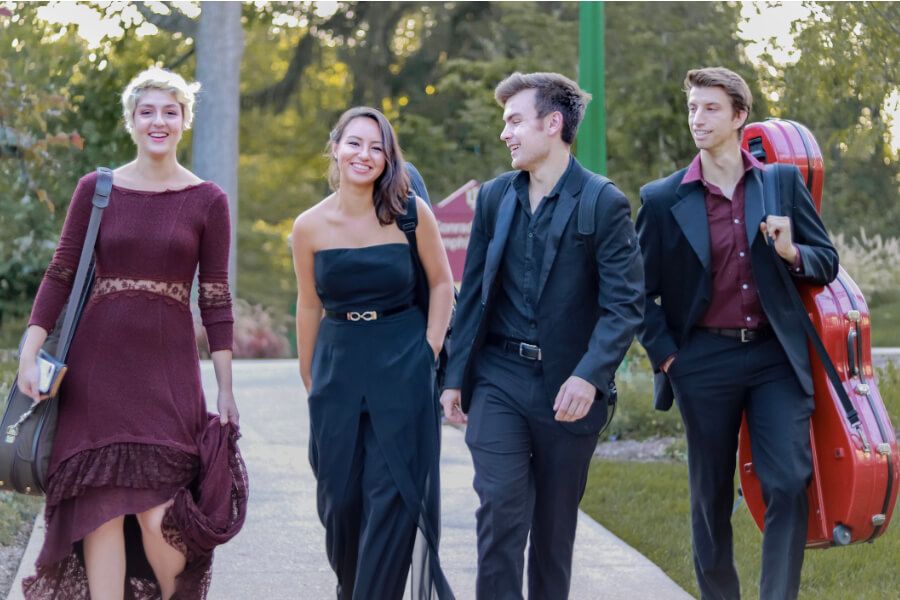 Based in Bloomington, Indiana, the Sileo Quartet is an emerging group of classically trained musicians. The group is in its first year of pursuing a Performer Diploma in Chamber Music at Indiana University, studying with members of the Pacifica Quartet. Previous coaches have included Sibbi Bernhardsson, Grigory Kalinovsky and Stephen Wyrczynski. They have also played in masterclasses at the Jacobs School of Music, for members of the London Haydn Quartet, and for violinist Guillaume Sutre. They have also played elsewhere for members of the Arianna, American, Dover, and Tesla String Quartets. Recently, they have performed at venues across the Napa Valley as a part of Music in the Vineyards, at the inaugural Patreon Assembly in Los Angeles, and at Indiana University, where they presented a program of underperformed Polish music in a concert sponsored by the Chopin Institute. Exemplified in these varied performances is their goal to stretch the boundaries of classical music through collaborations with non-classical artists and by championing lesser-performed works in concert settings.