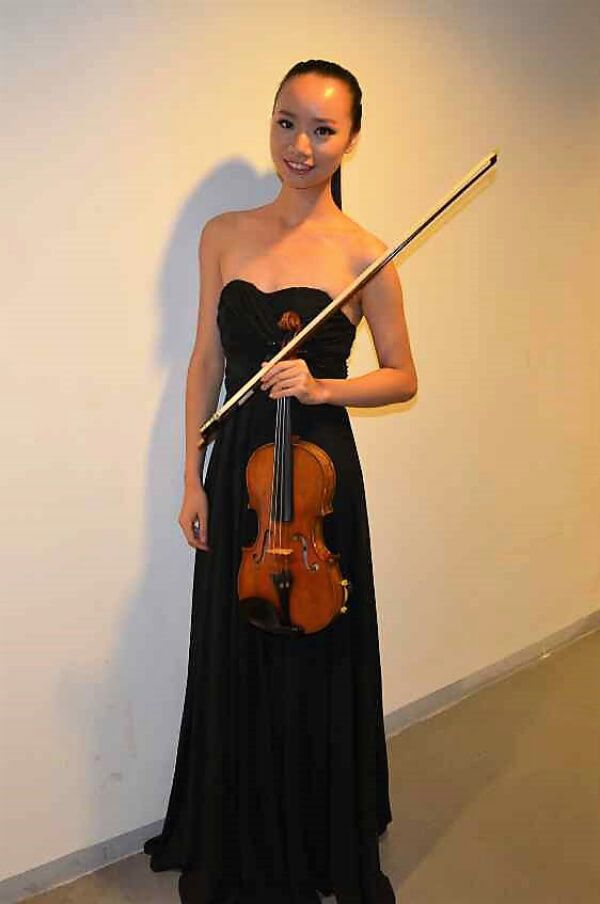 Born and raised in Hunan, China, Yu Ouyang started her career as a violinist at age thirteen. She has performed in numerous venues worldwide such as Tokyo Opera City Concert Hall, Taiwan National Concert Hall, Shanghai Concert Hall, and Hong Kong Concert Hall. As a soloist, she has the unique talent to influence audiences with her passionate and warm-hearted playing.

Beyond being a soloist, her easy-going personality and creative musical ideas open up the opportunity for her to be the first violinist with diverse chamber groups, including string quartets, piano trios and clarinet quintets. The genre of chamber music she performs is not only limited to classical music but also contemporary music too. In 2013, she performed Tan Dun’s Water Havens. Tan Dun complimented on her outstanding performance,“You are a violinist with talent, creative and passion”.

Yu Ouyang received a Bachelor of Music Degree in 2014 and Master of Music Degree in 2017 at Shanghai Conservatory of Music with full scholarship under the tutelage of Xian He. She also received a Performance Diploma from Montclair State University in 2017, under Weigang Li. Currently, Ms. Ouyang is a candidate of Doctoral of Musical Arts Degree at Mason Gross School of the Arts-Rutgers University, studying with Carmit Zori.