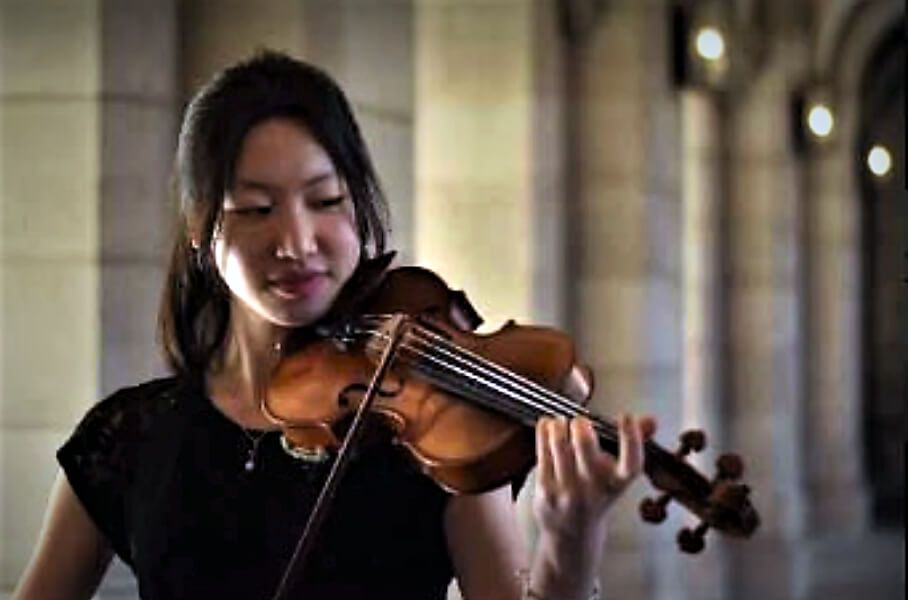 Helen is in her third year of completing her Bachelor of Music at the Melbourne Conservatorium of Music (MCM), under the tutelage of Dr Curt Thompson. At the MCM, she has been a recipient of the Corinna D’Hage Mayer Scholarship and the Lionel Gell Foundation Scholarship. In 2015 and 2016, Helen was concertmaster of the Victorian State Schools Spectacular Orchestra (VSSSO) and in 2018, of the University of Melbourne Philharmonic Orchestra and the orchestra at Crescendo Music Australia. Helen was also involved in the 2018 MCM Concertmaster Mentorship Program, which was an exciting learning opportunity for her.

Through a strings program organised by the VSSSO, Helen has played with members of the Australian Chamber Orchestra and the Melbourne Symphony Orchestra, with the latter being part of the 2016 Secondary Symphony Project. In 2017 with the MCM String Ensemble, she performed with Ulsan University students at the Hyundai Concert Hall in South Korea. In 2018, she was also part of the MCM Symphony Orchestra tour to Shanghai and Singapore as a first violinist.

Helen is currently the principal 2nd violinist in the MCM Symphony Orchestra and String Ensemble. She pursues her love of music by working and collaborating with other aspiring musicians and being part of an eclectic range of performances.