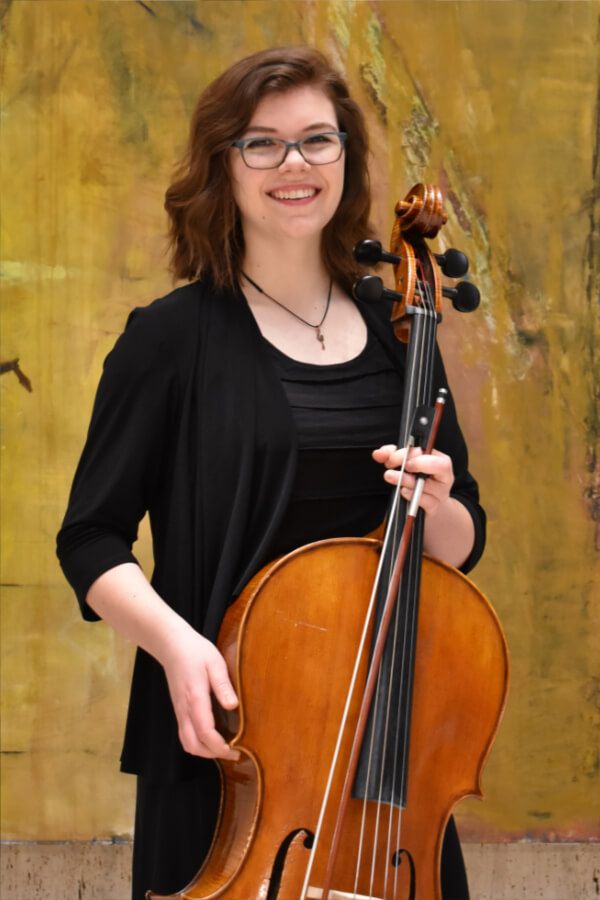 Hannah Kasun is currently in the third year of her undergraduate degree at the UW Mead Witter School of Music, and is a student of Parry Karp. She has participated consistently in chamber music throughout her time at UW, and has received extensive chamber music coaching from Prof. Karp, a member of the Pro Arte Quartet. She has also received coaching from other UW faculty, including Sally Chisholm, David Perry, Martha Fischer, and Soh-Hyun Park Altino, and has performed in masterclasses for Alban Gerhardt and Clive Greensmith. As a member of the UW Symphony, Hannah has played under the direction of James Smith and Chad Hutchinson, and has also been in the pit orchestra for various opera and musical theater productions; she is currently the Principal Cellist of the UW Opera Orchestra.

In January 2019, Hannah had the inspiring experience of working with members of the Carnegie Hall-affiliated ensemble Decoda, receiving chamber music coachings, lessons on community engagement practices, and performing Beethoven’s Septet with group members on the concert which culminated the ensemble’s week-long residency at UW-Madison. Other past performances in which Hannah has participated include the Madison New Music Festival (2018), collaboration with Milwaukee contemporary ensemble Present Music (2016), and side-by-side performances with the Milwaukee Symphony (2014-2016). Additionally, she was Principal Cellist of the Milwaukee Youth Symphony Orchestra’s Chamber Orchestra and Senior Symphony (2015-2016) and received coachings from Milwaukee artists such as Frank Almond, Jenny Kosoroz, Scott Cook, Adrien Zitoun, Ravenna Helson, and Peter Thomas during her five-years as a member of the organization (2012-2016). Hannah currently attends the University of Wisconsin-Madison on a full-tuition scholarship from the School of Music; in addition to her degree in Music Performance, she is pursuing a second major in Environmental Studies, a certificate in Food Systems, and works as a Sustainability Consultant with the UW Office of Sustainability.