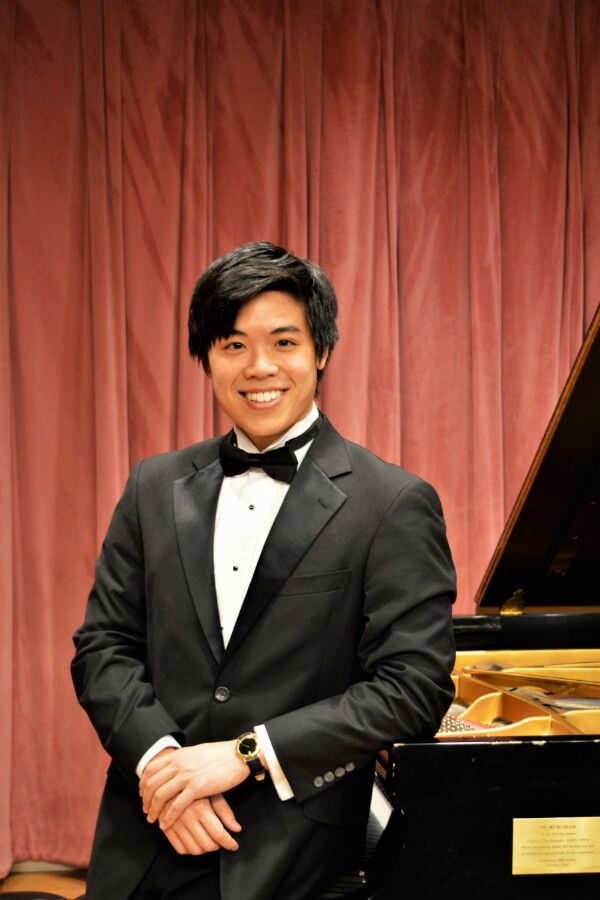 Vietnamese-American concert pianist Alexander Bui is known for sensational performances and standing ovations throughout his piano career. Performing LIVE on NBC’s television show, “America’s Got Talent” in 2010 for over forty million people, he was acclaimed by judge Piers Morgan, “Without a doubt, he was the most naturally talented person we’ve had all year. This show is called "America’s Got Talent" and in terms of dedication, in terms of excellence in what you do, in terms of raising the bar away from the enormous stuff we’ve seen, you’re one of the most brilliant performers we’ve had.” As a semi finalist of "America’s Got Talent", he has inspired the world especially the young generation, to learn and appreciate classical music.

From 2015 to 2016, Alexander Bui had participated in two prestigious summer festivals, Orford Academy in Canada and The Rebecca Penneys Piano Festival in Florida. Mr. Bui also stepped out of the classical field and expanded his horizon in a different genre. He traveled to Italy to become an accompanist and musical coach for Music Academy International Festival’s Musical Theatre program where he worked with world-renowned faculty and talented singers.

Aside from his solo career, Mr. Bui is an active chamber musician collaborating with string players in piano trios and piano quartets in the tri-state area of New York and New Jersey. He currently works as a Music Minister at St. Luke’s Church in Metuchen, New Jersey while freelancing as a studio teacher and an accompanist in New York City. In 2018, Alexander Bui was appointed as part of the piano faculty in Mason Gross School of the Arts Extension Division-Rutgers University, New Jersey. Mr. Bui’s mission is to enlighten audiences of the beauty, excitement and enduring quality of the great classical composers through his performances.

As a Frances Hall Ballard Scholarship student, Alexander Bui received his Bachelor of Music Degree of 2016 and his Master of Music Degree of 2018 in classical piano from Manhattan School of Music, New York City, winning first prize in the Lillian Fuchs Chamber Music Competition (2018). Currently, Mr. Bui is pursuing his Doctor of Musical Arts Degree in classical piano from Mason Gross School of the Arts, Rutgers University, New Jersey, and recently winning first prize in the Rutgers Concerto Competition (2019).