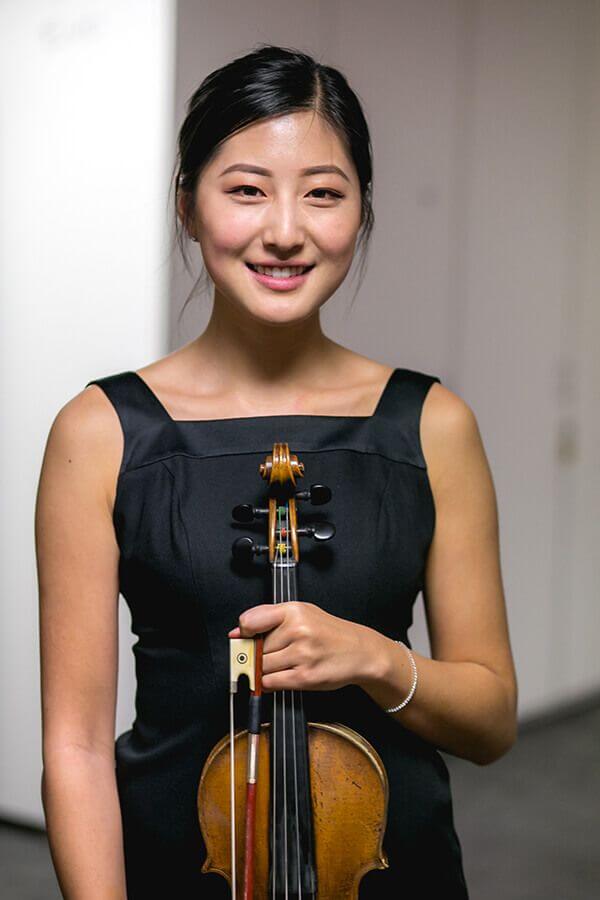 Rebecca Wang is in her fourth year of her Bachelor of music degree (honours) at the Melbourne Conservatorium of Music, currently learning from Wilma Smith.

She has extensive experience in both quartet and orchestral playing - most recently, in 2016 and 2017 Rebecca has performed in the Adam Chamber Music Festival with the Troubadour quartet where she had the privilege to receive coaching and play alongside the Goldner Quartet as well as the New Zealand String Quartet. Rebecca also toured New Zealand with the Troubadour Quartet in July 2017 as part of the Chamber Music New Zealand program where performed a challenging quartet repertoire, ranging from Britten to Haydn.

Rebecca has played in the Melbourne Youth Orchestra under Fabian Russell (2011) as well as the AYO National Music camp orchestra with James Judd and Douglas Boyd (2015). She has also been a part of many notable orchestral movements such Musicians Project performing Ein Heldenleben, Orchestra Project performing Mahler’s Sixth Symphony and Christchurch Symphony Orchestra during the MYO’s tour in 2014.

Rebecca is currently a member of the Melbourne University Symphony Orchestra and holds an Associate Diploma and Licentiate Diploma in violin.