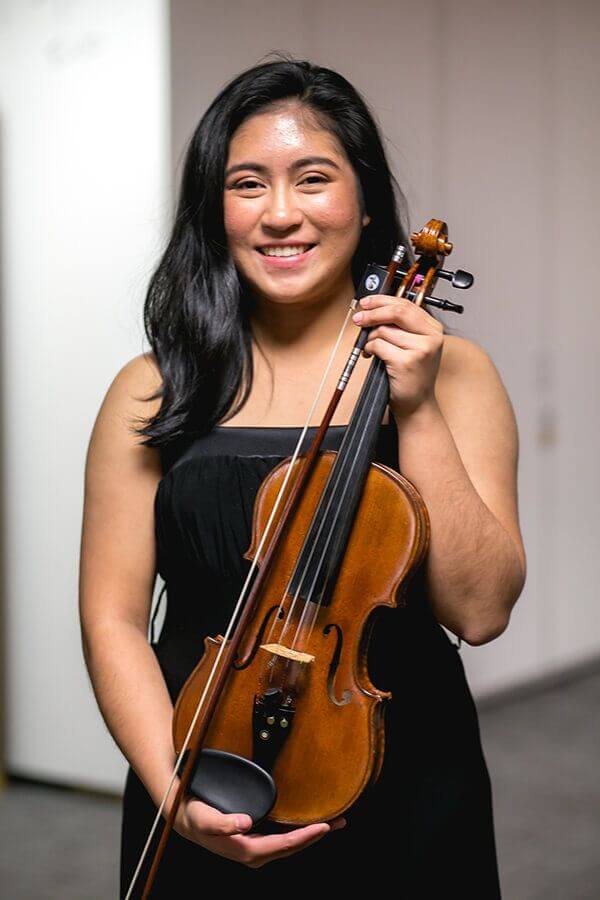 Nyssa Sanguansri has been an aspiring violinist from a young age. Her interest in music and the violin sparked after watching a cartoon of Bugs Bunny playing the violin.

In 2009, she was accepted into the Victorian College of the Arts Secondary School (VCASS) where she developed various skills as a musician. Nyssa was a 1st prizewinner in the VCASS annual Chamber Music Competition, and at the age of 18, she performed as soloist with the Preston Symphony as a finalist in the Youth Concerto Competition.

Currently studying Bachelor of Music (Honours) at the Melbourne Conservatorium of Music (MCM), University of Melbourne, Nyssa has been the recipient of the Corinna D’Hage Mayer and Brunner Music Scholarships, and is active in the Conservatorium Orchestra. She is currently a member of the Invictus Quartet, founded in 2017, who won the 2017 MCM Chamber Competition, the Audience Prize in The Talent Series hosted by 3MBS (2017), and participated in the 2018 International Mozart Competition in Salzburg Austria.

Nyssa enjoys composing arrangements of pop and jazz music, and aspires to become a successful all-rounded musician, performing both as a soloist and chamber musician, in a variety of genres.