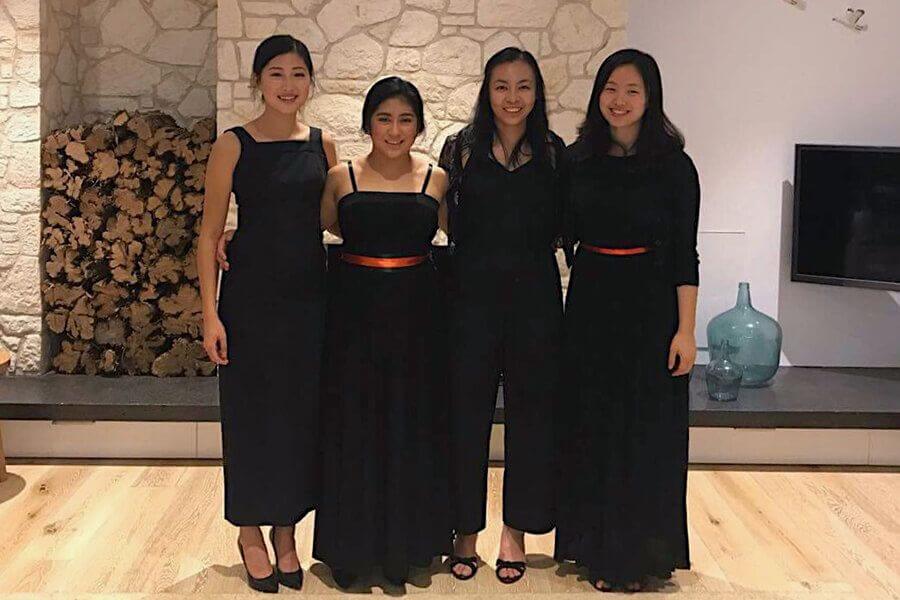 The Invictus Quartet formed officially in early 2017 and are known for their brilliantly rich sound and energetic interpretations.

The four members are close friends who are all currently studying at the Melbourne Conservatorium of Music. They have participated in the 2017 Australian Festival of Chamber Music Winterschool and the 2017 Mimir Chamber Music Festival in Melbourne as emerging artists.

In addition to being prize winners of Victoria’s Ringwood and Waverley competitions, the Invictus Quartet is the proud recipient of the Trudy Williams Bequest and the Audience Prize on The Talent Series, 3MBS Classical Radio Station in 2017. Invictus has recently participated in the 13th International Mozart Competition in Salzburg, Austria.

In the short time since coming together as a quartet, Invictus is excited to play challenging works that move and inspire audiences. In their spare time, the Quartet loves to bring music to the streets of Melbourne and hopes to generate a wider audience for classical music.