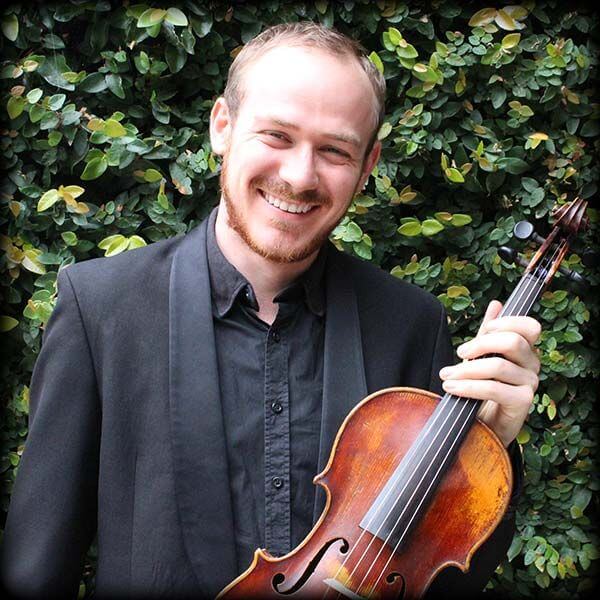 Violist Michael Webb currently is studying a Masters in Performance Teaching at Melbourne University. He is the recipient of the Corina D’Hage String Scholarship awarded to him by Melbourne Conservatorium of Music. In 2015 Michael was principle viola of the Melbourne University Orchestra and recently guest principle viola of the Monash Academy Orchestra. Leading up to Michael’s current circumstance he graduated with first class honours in music performance at the UQ School of music under the guidance of Patricia Pollett. Michael was principle viola the Queensland Youth Symphony. In 2005, Michael was accepted into Marryatville High School as a special interest music student and commenced as a viola student with Keith Crellin (founding member of the Australian String Quartet). At 16 he commenced full time studies at the Elder Conservatorium with the help of the John Varley scholarship, receiving the Director’s Award for outstanding contribution. Michael has participated in many Australian Youth Orchestra programs from 2006, including as principle violist of the prestigious Young Symphonist’s chamber orchestra as well as touring to China and Europe with the Australian Youth Orchestra, playing in such places as the Royal Albert Hall, The Concertgebouw and the Sydney Opera House.

In 2010 he was awarded The University of Queensland/St Leo’s College Music Achievement Scholarship and the Sleath String Scholarship. He has performed as a soloist with the Burnside Symphony Orchestra in Adelaide, and as a recital soloist for Recitals Australia. Michael was an SA state finalist in the 2009 MBS National Young Performers award, won the Australian String Association prize in 2009 and the University of Queensland Bach Prize in 2010.