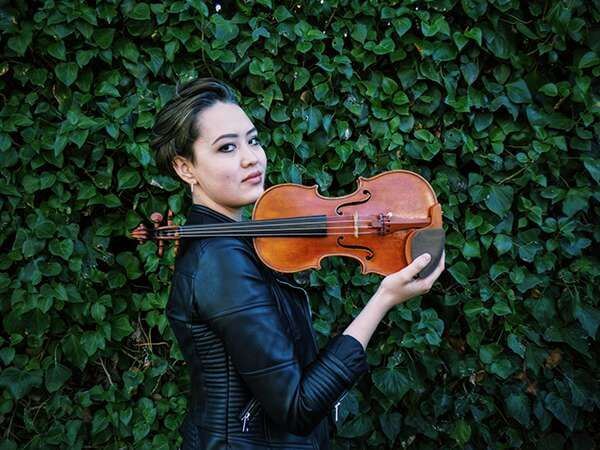 Violinist Eleanor Dunbar, age 20, has already begun to establish herself as a young artist. She currently resides in Dallas, Texas, attending Southern Methodist University, studying under Professor Emanuel Borok, former concertmaster of the Dallas Symphony, where she is earning her Bachelor’s degree in Violin Performance. Eleanor is a recipient of the prestigious Presser Undergraduate Scholar Award.

She grew up in Southern California, where she started her musical education at the age of three. She studied with Gail Gerding Mellert before moving to Dallas. At 14, she received grand prize at the Los Angeles Spotlight Awards in California. At 16, she won the Young Artists Competition also in California, for which she was awarded a performance at Disney Hall in Los Angeles. Also at 16, she was accepted as a Young Artists Guild member and gave various solo recitals around California.

She has had the opportunity to take lessons from and collaborate with many artists such as Shmuel Ashkenasi, Andres Diaz, Ivry Gitlis, Paul Kantor, Ida Kavafian, Gustav Rivinius, Sylvia Rosenberg, Abram Shtern, and Michael Tree. This past summer, she shared the stage with Roberto Diaz, president of the Curtis Institute of Music, performing the Mozart Sinfonia Concertante.

Eleanor is an avid chamber musician. She is a founding member of the Cézanne Quartet and is currently the Peak Fellowship quartet-in-residence at SMU starting fall 2015.

Recently she won first prize at the Ann&Charles Eisemann Young Artists Competition and will be performing with the Richardson Symphony and Maestro Clay Couturiaux in March.

Eleanor plays on an 1896 Joseph Anthony Chanot made in London.