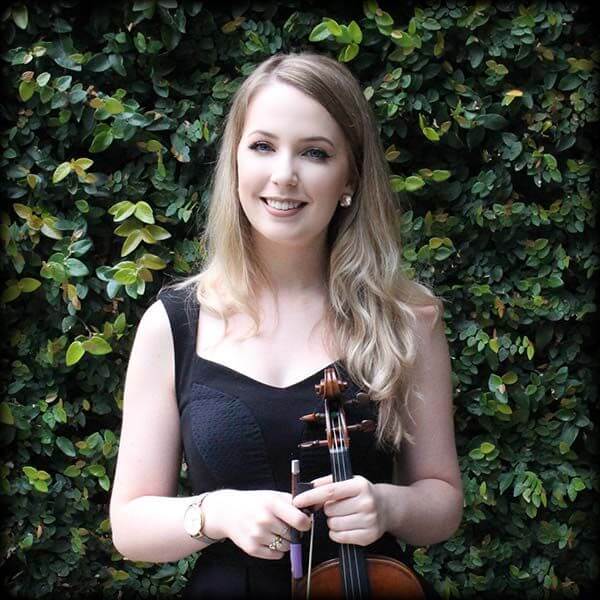 Born and raised in Christchurch, New Zealand, Arna moved to Wellington in 2009 to complete her Bachelor of Music and Masters of Musical Arts in Violin at the New Zealand School of Music under the tutelage of the ever-inspiring Helene Pohl of the New Zealand String Quartet. In 2014, Arna moved to Melbourne, Australia, where she is the recipient of an Australian Postgraduate Award and is currently completing a PhD in Music Performance at the University of Melbourne’s Conservatorium of Music, supervised by the highly esteemed American violinist Dr Curt Thompson.

Arna participated in the 2015 Mimir Chamber Music Festival in Melbourne as a member of the Mi Piaci Quartet and found the experience to be extremely influential in her development as a chamber musician. In February this year, Arna performed works by Haydn, Mozart, Shostakovich, & Borodin in the outreach programme for the Adam Chamber Music Festival in Nelson, New Zealand, as a member of the Troubadour Quartet (aka The Quad Squad). She has been invited to return in 2017 to participate in the festival again alongside her colleagues of the Troubadour Quartet.