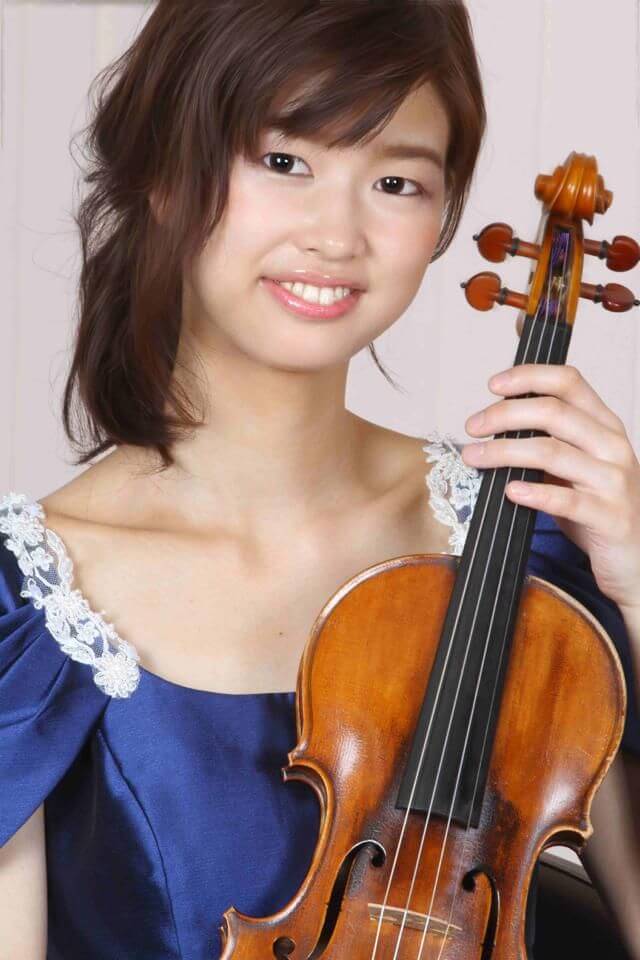 Japanese violinist, Sakuko Kyogoku won the highest prize at the 2nd Nagoya Ensemble Festa. She completed her Bachelor of Music degree and a Graduate Degree from the Toho Gakuen School of Music. She has also received a diploma from the Verein Wiener Musikseminar in Vienna, Austria. Sakuko has been a fellow of the Seiji Ozawa Music Academy and has performed in the Saito Kinen Festival Matsumoto and the MUSIC FESTIVAL Argerich’s Meeting Point in Beppu. She has also performed at La Folle Journée au Japon and the Virtuosi of Shizuoka. Sakuko has performed in masterclasses given by Gerard Poulet, Paoro Franceschini and Alexander Arenkow. Principal violin studies have been with Naoko Ide and Isako Shinozaki. She has studied chamber music with Ko Iwasaki, Tsugio Tokunaga and the Tokyo Quartet. Currently, Sakuko is continuing her studies at the Toho Orchestra Academy.