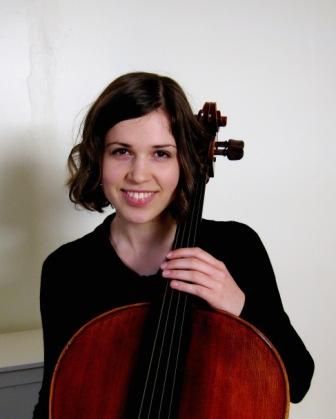 From a very young age Eliza Sdraulig knew that she wanted to pursue a career in music and took every opportunity to expand her involvement in music performance. Eliza has performed in numerous ensembles and orchestras through organisations such as the Australian Chamber Orchestra, Australian Youth Orchestra, Victorian Opera, Melbourne Youth Music, Orchestra Project and Youth Philharmonic Melbourne.

In 2006 Eliza was awarded the inaugural Melbourne Youth Music Bruce Worland Music Scholarship. She achieved her Associate of Music, Australia in 2009, and was selected to perform in the VCE Season of Excellence (Top Class) in 2012. In 2013, Eliza commenced her Bachelor of Music degree at The University of Melbourne and was awarded the Victorian Government’s 2013 Creative Scholarship (Outstanding Undergraduate) for the Melbourne Conservatorium of Music. She was also the recipient of the 2013 Francis Quinn Encouragement Award, the 2013 Peg Oldfield Prize for excellence in performance and the 2014 recipient of the Lilo Nassau Cello Scholarship. Eliza is a current member of The University of Melbourne Orchestra, Melbourne Conservatorium String Ensemble and the Elgin String Quartet, and a cellist in Project Anon, an ensemble that collaborates with various musicians and composers for two concert seasons per year.

Eliza has participated in various master classes and competitions and continues to perform as a sessional musician for recordings and live performance. In the future Eliza wishes to pursue postgraduate study in music performance and a career as a professional musician.